I don't know about you, but I was brought up to believe that a hard frost was needed to kill off the bugs and insects in winter.

A fact that is now described as a myth, as there are numerous other winter weather conditions that also play a part in the surviving winter insect numbers. That hard winter frost probably does a better job of killing off old ladies and gentlemen than it does creepy crawlies.

There's been no hard frost up here in the North West this year, so myth or not it's best to be cautious, especially when like me, you work with patients and need to keep your clinic germ free.

I HAVE THE SITUATION UNDER CONTROL

I have been weaving my evil web in my fetish clinic, turning one of my slaves into an electric fly trap.

If the shouts of agony during testing are anything to go by, those horrible insects will be fighting for their lives when they are caught and fried by my fly trap slave. 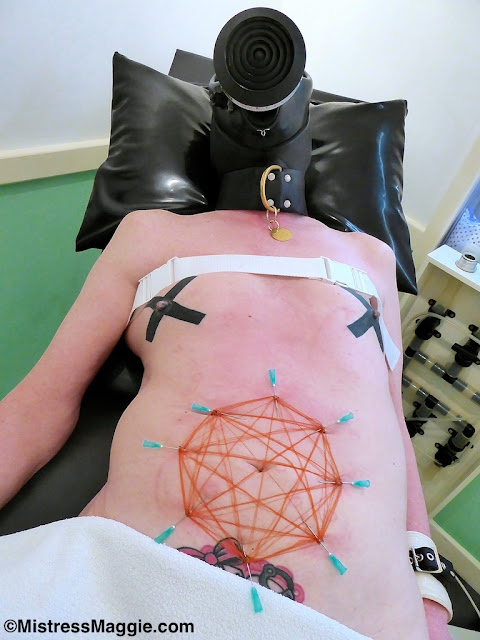 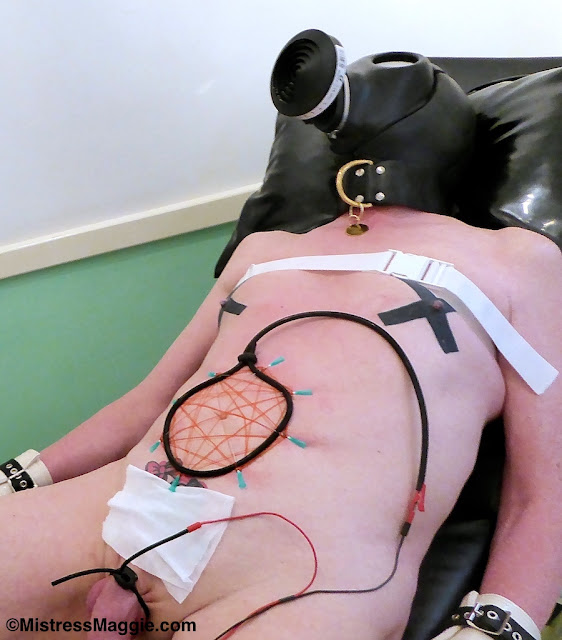 Slave said - 'I never would have imagined that I would act as a canvas for Mistress to show her artistic skills. At times it was very painful when you were applying
the threads. But thank you for allowing me to be your guinea pig
in this new form of torture.'

Worse things happen at the Women's Institute. And there was me
trying to give him a buzz!
Posted by Mistress Maggie at 17:27